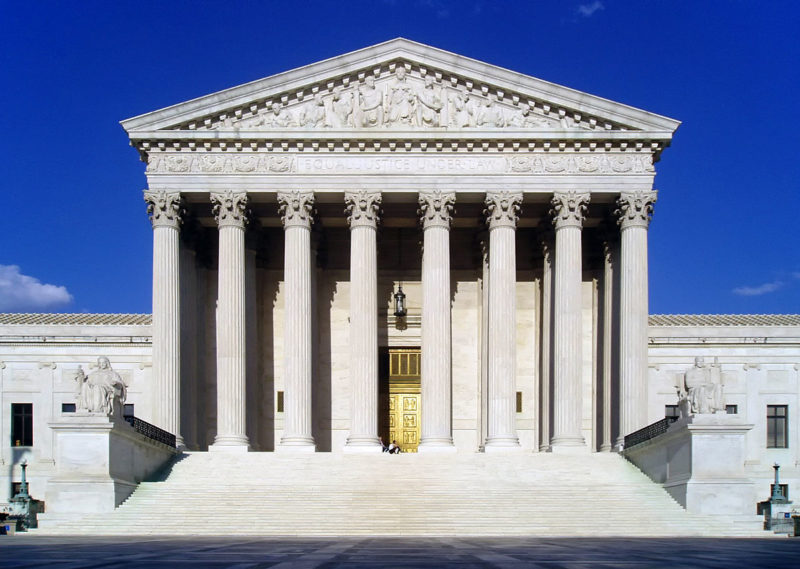 Why Democrats push so hard to prevent a new judge being appointed to the Supreme Court.

Justices are nominated by the president but must be approved by the Senate. From 1913 onwards following the ratification of the Seventeenth Amendment, the 100 senators, two for each of the fifty states of the Union, are elected by popular vote for a term of 6 years, whereby every three years a third of the senators is elected. As the Senate might reject a nomination by the president it has the ultimate power to decide who serves as a justice at the Supreme Court. Although rejections are relatively uncommon; the Senate has explicitly rejected twelve Supreme Court nominees, most recently Robert Bork, nominated by President Ronald Reagan in 1987.

According to Article III of the U.S. Constitution the Congress has the power to set the number of justices on the Supreme Court. Since 1869 the number is nine, but originally set at 6, its has been as low as five and as high as ten. In 1937, President Franklin D. Roosevelt attempted to „pack the court“ by raising the number of justices to 15; this attempt, however, was unsuccessful.

Prior to death of Ruth Bader Ginsburg on September 18, 2020, there were 9 judges, of whom 5 were appointed by Republican Presidents and 4 by Democratic Presidents.

The Democrats eager also to dominate the Supreme Court had in their political playbook to enlarge the number of judges to 11 once the have seized the White House which they hope could be the case following the upcoming election in November this year.

As they could also gain a majority in the Senate following the next election of one third of the senators, which will also take place in November this year, they would then have gained full control over the state combining the administrative power of the President, the legislative power of the House of Representatives and the Senate and the jurisdictive power of the Supreme Court. This would enable the Democrats to put through their political agenda without any oppositional force to deal with. In the whole history of the US only two Democratic Presidents enjoyed such a comfortable constellation, Harry S. Truman 1949 until 1943 and Lyndon B. Johnson 1963 until 1969.

Thus, the Democrats are so furious about President Donald Trumps intention to put through a candidate as replacement for Ginsburg before election, as this would secure a Republican majority at the Supreme Court even if the number of judges would be increased to 11. An enlargement to 13 might seem a too bold move, considering that the number never was bigger than 10 and that Roosevelt failed with his attempt to increase to 15.

This Democratic outrage has surely also a basis in 2016, when Republican Senators successfully hindered the appointment of Democratic President Barack Obamas nominee, Merrick Garland, as a Supreme Court Judge, arguing that a vacancy arising in an election year, should not be filled until a new president is elected. It, however, has clearly to be stated, that such a ban of election year nominations from Senate consideration has no basis in the law. To the contrary, leaving a vacant seat empty by the Senate, for a later president to fill, undermines the administration of justice and is clearly unconstitutional.